Kadam woke up to the sound of birds chirping outside her bedroom window. The high whitewashed ceiling seemed unfamiliar. It was neat, almost spotless, with a low hanging glass chandelier, brought from a country whose name she struggled to pronounce correctly. It was her first morning in her marital home. “Kadam, remember, you’re married now. You’re fortunate to have been wedded into an affluent household. So no more childish tantrums and mischief, I don’t want to hear any complaints about you from your in-laws,” the 10-year-old’s mother had warned her before she left her house in the village.

She was married to Jyoti- nearly a decade older than her, the handsome highly educated aristocrat was known and respected for his exceptional literary skills in the intellectual circles of the early 19th century Kolkata. Kadam was in awe of her husband. He was a prince in her eyes, who could recite Shakespeare’s sonnets and Bimal babu’s verses with the same effortless eloquence. He was a modern man who believed in women’s education. Soon after their wedding, a home tutor was arranged for his child bride. As Jyoti grew busy with his promising career as a playwright, Kadam spent her days learning to read and write. She was a quick learner who successfully proved herself in the art of smoothly running a household too. Within months of the wedding, everyone in the big house, including the servants, grew fond of this bright talkative girl. She also managed to befriend Rabi, her shy reticent brother-in-law. The fact that he was closer to her age and also had similar interests in literature helped them both to bond well. Together they started spending a great deal of time.

As they grew older, their friendship became deeper and stronger. He was her companion in loneliness. The only person in the palatial house who truly understood her and saw the unimaginable pain she was in- the neglect and ridicule she suffered every day for her humble upbringing. The feeling of alienation, which a woman from a poor family would often experience in a house full of wealthy and excessively proud aristocrats. Kadam quietly endured the snide remarks of her older sisters-in-law, who would often make fun of her poor father who was unable to arrange for a handsome dowry at the time of her wedding. But Rabi was different. Unlike the other members of the family, this budding poet wasn’t pretentious. She became his literary muse. Rabi started dedicating poems and stories to her. With her intelligence, sensitivity and in-depth understanding of literature and insightful critique, she would help him improve his work.

However, this unusually close and intimate relationship between the two soon became an eyesore. A topic of salacious gossip. To put an end to the wagging tongues, Rabi’s family arranged for his quick wedding. Thus entered Mrinalini, the beautiful little bride who stole her husband’s heart with her wide-eyed childlike enthusiasm. Once again, Kadam became lonely as her only friend in the household, her sole companion who truly understood her, with whom she could share or talk about almost anything without hesitation, now belonged to someone else. For days, she grieved the loss of this friend she grew up playing with. He had become an inseparable part of her being. Her world revolved around him, fussing over his needs. So, his sudden aloofness was unbearable. She rarely stepped out of her room and spent her days mostly crying and reminiscing about the beautiful evenings she had spent talking to Rabi in the garden. Their joint poetry reading sessions on the terrace against the setting sun. Laughing and singing together. Playfully making fun of each other’s quirkiness .

All was lost now. Kadam knew her relationship with Rabi was over. It will never go back to what it used to be. But she was an intelligent woman, perfectly capable of consoling herself. She still had a husband who she deeply admired. Sure they had drifted apart in the last few years, owing to Jyoti’s success as a playwright and Kadam’s growing responsibilities as the daughter-in-law of a large household. But there was nothing in the world she could not win over with her beauty and intellect, she knew. Like Rabi, she could also devote herself entirely to her spouse. Kadam made up her mind to revive her relationship with her husband.

For the inauguration of Jyoti’s new shipping company, Kadam took pains to get ready for the occasion. She applied sandalwood paste before bathing in rose water, dried her thick long curls in the perfumed smoke of incense, draped a finely woven blue Dhakai Jamdani (her husband’s favourite colour), lined her almond-shaped eyes with dark kohl, and waited by the window staring down at the street. But Jyoti broke his promise that evening and didn’t come to fetch her. Weary of waiting for hours, she finally decided to lay on the bed strewn with her husband’s discarded clothes . She pushed aside a shirt he wore that morning to make space for herself. The rustling sound of the paper peeking out of his pocket caught her attention. It was a letter from the popular theatre actress of that time. Kadam had heard rumours about her husband’s involvement with her before but she never paid heed to the absurd talks. People love to talk, she knew. But the letter bore tidings of great pains which she had never expected. The actress, who was renowned for her beauty and supreme singing and acting talents, was carrying the proof of her husband’s love in her womb.

Loss of Rabi’s friendship was enough to push Kadam into a state of lifelong despair, but the news of her husband’s clandestine relationship and his unborn illegitimate child acted as the final straw. That night, the grief-stricken Kadam, barely 24 years of age, decided to end her angst for good.

News of her suicide shook the Thakurbari. Rabi (Rabindranath Tagore) was deeply pained by her death. Later, he dedicated several stories and songs to her. The mystery surrounding Kadam’s death had inspired many writers to pen her life story. My reason for retelling Kadambari Devi’s tragic tale was to familiarize my non-Bengali speaking friends with a woman who’d played a significant role in shaping the poet’s literary career. She remained an enigma.

If you wish to add any additional information about her life, or to correct me, feel free to leave a comment. I have added some fictional details for the sole purpose of grabbing the reader’s attention and keeping them interested in the narrative, so please do not hold that against me 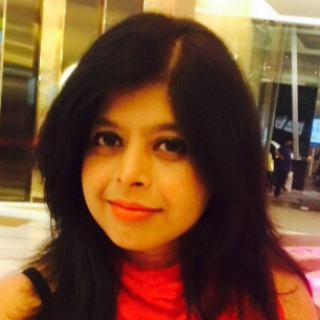